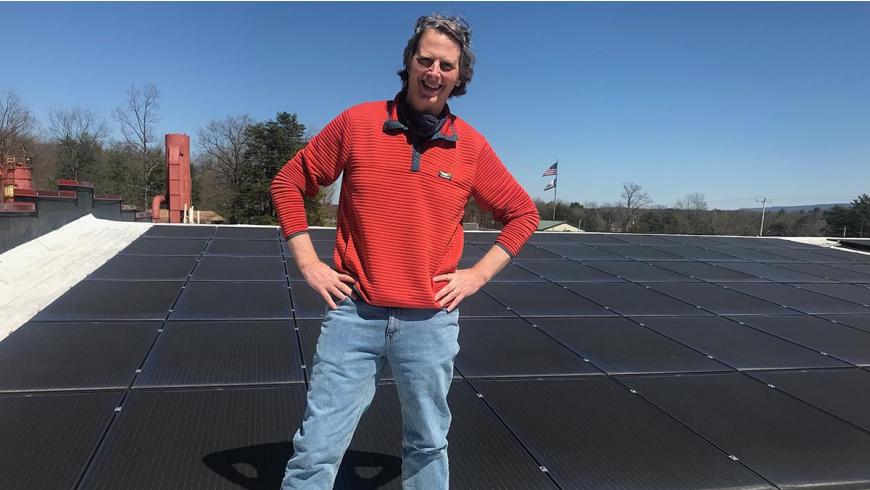 From the beginning, Gat Creek has made environmental responsibility a core value. Our sustainably harvested hardwood lumber comes from nearby mills, minimizing our carbon footprint. Using scrap to warm our workshop reduces reliance on fossil fuels while keeping tons of waste out of the landfill. And on our roof we gather sunlight to power our lighting and more.

“We got our first solar panels probably five or so years ago,” Gat Caperton said. “We’ve always been interested in it but we didn’t have the extra capital to invest until then. We tend to buy CNC machines first and then solar panels. When our budgets allow, we add more panels because although it’s a modest return to us financially, it is a significant return environmentally.”

The truly robust return came with the conversion from old lighting to high-efficiency LEDs. “There are really two paths with electricity,” Gat said. “Conservation and generation, with conservation responsible for the greater return. Our switch to LEDs alone reduced our lighting costs by seventy percent and our overall electric usage by twenty percent.”

Still, it is the two technologies working in tandem — generating with solar, conserving with LEDs —  that produces the maximum impact. “It’s really fun to think about how solar takes the light and frees up electrons and the LEDs convert those electrons into light,” Gat said. “The only more efficient way to light a facility is to not have a roof.”